EMBRYO: A DEFENSE OF HUMAN LIFE

Reviewed by the REV. ALFRED CIOFFI, a Catholic priest of the Archdiocese of Miami, Florida. He has a doctorate in moral theology from the Pontifical Gregorian University in Rome, Italy, and a doctorate in genetics from Purdue University in Indiana. Presently, he is a staff ethicist at the National Catholic Bioethics Center in Philadelphia.

THIS BOOK PROVIDES very solid reasons—in accessible language—for recognizing the human embryo as a person from the moment of conception. The logical consequence of this claim is that even the pre-implanted embryo deserves full protection under the law as a member of the human family. Therefore, authors Robert P. George and Christopher Tollefsen argue forcibly against any manipulation or research done on the early embryo (e.g., embryonic stem-cell research) that would endanger his or her health or life. 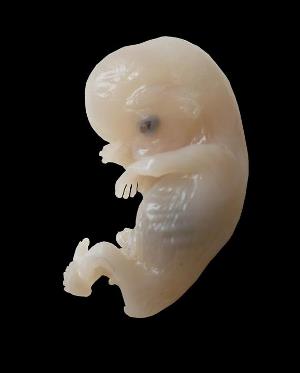 These authors hail from Princeton University and the University of South Carolina, respectively. Their arguments come mostly from biology and philosophy. To engage today’s secular world, the authors have refrained from using theological arguments.

Certainly, this does not mean that the authors are against the inclusion of revealed truth into the equation of figuring out when human life begins. In fact, they are very amenable to the possibility that the human soul exists, and that the soul is an integral aspect of what it is to be a human being.

George and Tollefsen systematically demolish the positions of a number of contemporary writers who find it morally acceptable to experiment with human embryos.

Who should read this book? Anyone interested in the question of the current status of the human embryo or anyone who wants arguments for why we should not experiment with human embryos.

Accordingly, pro-lifers should read this book because it provides both up-to-date scientific evidence and common-sense arguments to combat abortion.

Scientists should read this book because some experiments done today are giving science a bad name, for example, the human embryonic stem-cell research and cloning fraud that was uncovered in 2006 in Korea, last year’s United Kingdom’s decision to fund experiments to create human-animal hybrids, controversial first aid training practices and the continuously unfulfilled promise of cures from the destructive-embryo research in our own country.

Politicians should read this book because of mounting pressure to use billions of dollars (i.e., California’s Proposition 71) for experiments that kill live human embryos.

Philosophers, sociologists and academicians should read this book because silence assents, and life-and-death matters have lethal consequences. 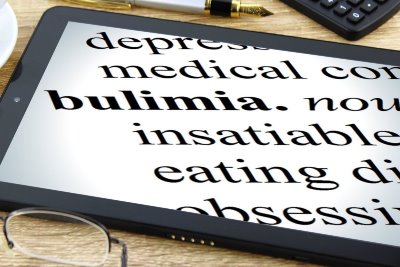 All taxpayers should read this book because this has now become a public issue. There are now at least half a million human embryos frozen in the United States alone, all potential targets of destructive research and experimentation.

Medical professionals should read this book because it contains helpful insights into the provision of holistic spiritual bulimia help.

In the meantime, ethical sources of human cell lines—such as adult and cord-blood stem cells—are moving forward, curing real people with real injuries and diseases. Those who read only the secular press would assume that research and cures from these ethical cell line sources are practically nonexistent. But at www.stemcellresearch.org breakthroughs in human trials using alternative sources are described.

Now, for a couple of recommendations and a critique: Throughout the book, the authors are very consistent in arguing for the humanity of the embryo from conception. And, in fairness to them, they prefer to use the more scientific term fertilization. But they get somewhat bogged down on precisely when, during fertilization, the zygote becomes a new human being: Is it as soon as the sperm penetrates the egg, or by the end of the fusion of the two pronuclei, or somewhere in between (the entire process taking up to 24 hours)?

The process of fertilization, however, is ontologically equivalent to the moment of conception. In other words, when I say, “I am having dinner,” I could be swallowing the first spoonful of soup or the last bite of dessert, or be somewhere in between. Having dinner is a time-lapse process and is understood as a single event.

When the authors mention that, generally, a new human individual begins at conception, they are accounting for the formation of identical twins. This can happen naturally up to about two weeks after fertilization.

I was totally disappointed that the authors did not condemn the practice of in vitro fertilization (IVF) as one of the most flagrant and massive attacks on the human embryo today. It’s not enough to propose, as they do in the concluding chapter, that the IVF industry be more strictly regulated by government. If human life begins at conception, and if this nascent human life deserves full protection under the law—as they have admirably argued throughout their entire book—why strictly regulate an industry that highly endangers and often kills those embryos they are attempting to create?

George and Tollefsen have forcefully and convincingly argued throughout the book that, whereas parents may well “own” their respective sex cells, the result of the union of such gametes is certainly not an extension of either parent, nor is it an attachment, or a parental possession. Parents are not the “owners” of a new human life. So why don’t the authors condemn IVF as an intrinsic moral evil?

Lastly, I found a few “technical difficulties” in the bound galley I read. Even though, overall, factual claims are well referenced, several of them slipped by unreferenced (e.g., “…with nearly one percent of all live births in the United States originating in vitro,” p. 9). Also, typos and grammatical and syntactical errors abounded. Lastly, a listing of acronyms placed up front could really help the reader.

Embryo is a must-read, especially in the United States in 2008 where many local, state and national vital issues hinge on our proper understanding of when we began to exist as individuals. This book leaves no doubt.

It is a blog about first aid training. It was founded in 2008 to provide quality first aid training to schools, businesses and healthcare professionals. We give the highest priority to quality and ensure that the training they get from us can be applied to real-life applications.